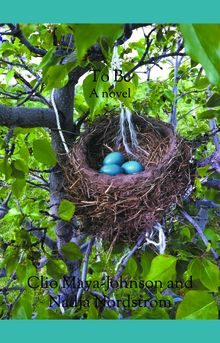 To Be: A novel

Ananda, Emma, Levie. An unlikely group of friends.
Ananda, the girl who's in the corner, silent and alone. She's strange and you hear she has problems at home. She seems like she isn't really there, unfazed by life in general. What is this girl thinking? You quickly dismiss her from your mind and she fades away into the background, once more invisible.
Emma, the second most popular in the whole school. You see her always surrounded by a gaggle of girls, smiling forcedly. She seems just a bit on edge, never really happy. She doesn't speak her mind, just agreeing with what everyone else says. What is she thinking? You quickly dismiss her from your mind. She fades into her clique, once more "cool".
Levie, he's a normal, standard guy. You see him joking around with his friends, all in Nike tees, athletic shorts and Sambas. Except he's not joking around, they are. He's on the outside smiling when they turn to him but otherwise he seems to be in another place. You see his so-called "friends" in the cafeteria but he's not sitting with them. You spot him in the hallway. What could that guy be thinking? You quickly dismiss him from your mind. He fades into the sea of people, once more ordinary.
These three, united by a school project, find friendship in the oddest places. They find out things about themselves and each other that change their lives. They think things they never thought they would, feeling things they never would have felt. A story unfolds in a normal situation with some seemingly normal people.