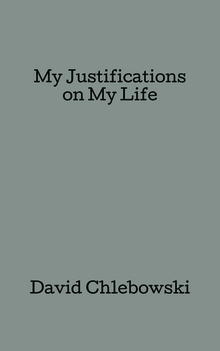 My Justifications on My Life

Daivd tells his story as he attempts to justify his actions while he himself faces much adversity in his life. He faces much disdain as he tries to justify his actions in the story. But David finds himself at odds with certain people in his life while he sees himself getting much disrespect when he attempts to speak the truth in his life and his history. And he finds himself having some feelings in the past although he tells them in much detail especially on certain women in his life. Will David triumph as he continues to write his personal account?