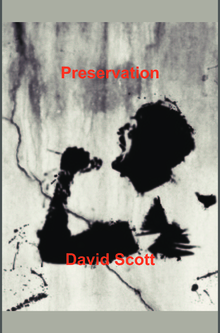 Preservation is the story of Mike Davis, a Vocational Counselor for mentally ill individuals, who begins chasing a mysterious rock band as his own life begins falling apart. After Davis confronts the death of his father, his failing marriage from an angry ex-wife, the local police and a belligerent, confused former boss, he must confront Preservation, the mysterious band that many believe no longer exists.

Author David Scott is a Vocational Counselor living in the San Francisco Bay Area with his wife and son and two canaries.