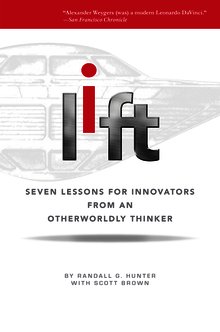 Alexander Weygers did not even own an overhead lamp, yet this classically trained sculptor knew something about innovation that others who were infinitely better resourced did not. How did he do it? How did a man living an “Adam-and- Eve existence,” as his wife put it, create the Discopter – an invention every bit as ambitious as the Wright Brothers’ flying machine?