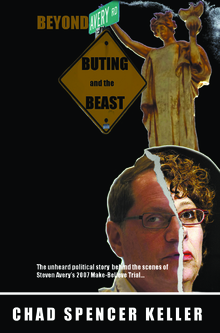 Beyond Avery Road: Buting and the Beast

In the state of Wisconsin, after being exonerated for a wrongful conviction on September 11, 2003, Steven Avery became a very political name in a very political time. Two years later, when arrested for the 'Intentional Homicide' of Teresa Halbach during a time when he filed a $36,000,000 civil suit, Steven alleges he was ultimately "Framed" by corrupt state officials to thwart off his chances of winning the suit.
However, the Wisconsin DOJ argues that it was impossible for any such "Frame Job" to ever have happened. Though, could the "Framing" be probable, "If" the MO was political? What did Netflix's Making A Murderer miss? The political story behind Steven Avery's saga has remained untold... ...until now.

"Possibly the most gripping political thriller you will be reading in 2017. 37 years experience on the news room floor and I've never witnessed what every journalist should be asking our Legislators about the possible corruption in our American Justice System. Keller's delivery is provocative and exposes a much needed change in Criminal Reform."