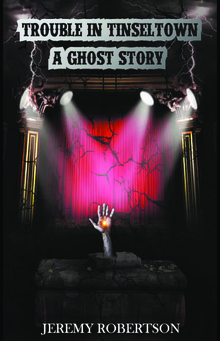 Trouble in Tinseltown!: A Ghost Story

A supernatural magician placed a wicked curse on old B-horror monster movie posters. His powers allow ancient flick monsters to leap off their signs and into the Tinseltown Theater. And soon wreak havoc in Hollywood, California! The new director must help the moviegoers escape the movie poster worlds before a lousy film critic destroys Tinseltown. No matter how hard, Mr. Frank N. Stein, the director, tries to make peace with Mr. Dark Kind, the sinister film critic, Mr. Dark Kind doesn’t have any taste. The longer the moviegoers stay trapped in the movie poster dimensions, the more complicated it would be to escape. The six ancient flick creatures of Frank N. Stein’s imagination are desperate to get out of the movie signs and inflict chaos. Nothing will stop the evil critic from discovering who’d be the true King of the Movies!