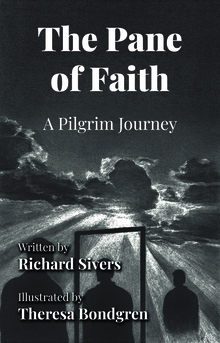 The Pane of Faith: A Pilgrim Journey

Richard Sivers has been writing stories and plays most of his life. His plays have appeared on stages and in churches, and his writings about history have appeared in numerous publications. Now retired after nearly forty years of active ministry in the United Methodist Church, he spends his time writing and traveling. Over the years he has received a number of awards for his civic work. In 2006 he published his first book, "The Mystic Vision" which chronicled his own journey of self-discovery as a mystic. He considers this latest book, "The Pane of Faith" a spiritual revelation, taking the reader on a journey of personal identity unveiling. Rev. Sivers currently lives near Philadelphia, PA.