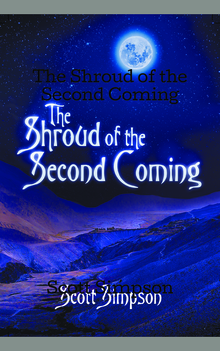 The Shroud of the Second Coming

Based on facts, this fantasy has it all. The Shroud of Turin, The Hadron Particle Collider, Spiritual Intervention, Paranormal Events, World Involvements, Battles, and Global Terrorism.

In the near future, an Earthquake erupts out in the West Bank desert, creating an eerie blue glow that forms over a valley they call The Corridor. Looked upon as a scientific phenomenon, science and religion have a need to investigate. And during their research, experience anomalies that go way beyond human understanding and are soon recognized as spiritual occurrences. Further up north in Europe is the Particle Collider and its discovery of another dimensional plane. It's there that they make the most significant find of them all when testing for the Shroud's authenticity. In effect, its repercussions have a global impact that alters the course of humanity.