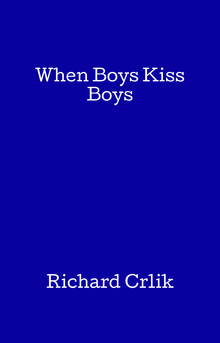 Hope Carter has put aside her successful modeling career to devote herself to her husband and son. While the leafy beauty of Sydney's northern bushland suburbs provide a sanctuary for her, they do not provide an escape from the world of back street gossip and bullying that she grew up with.

The tragic death of her husband in a hit and run car accident leaves Hope devastated and seeking support from alcohol and tranquilizers in an effort to blot out her misery. What she finds instead is a reminder of her tragic past.

Gossip, bullying and suicide are no stranger to Hope. In a world where boys are supposed to be men Hope must watch her only son struggle with his sexuality while trying to deal with the loss of her husband and bury the ghosts of her brother and father.

Ben her seventeen year old son is used to being bullied by his peers. Gay, confused and alone, Ben also has to deal with the impact of knowing that his father was having an affair in the months leading up to his death. He is torn between telling his mother the truth or keeping her in blissful ignorance.

Michael Cleary is also seventeen. He has been Ben's greatest tormentor since they started high school. A shock death and a public gay bashing will bring the two boys together in an unexpected but long desired union.

Will Hope's progressive actions in supporting her son's first love bring about happiness? Or will they set in motion a re-enactment of events which have haunted her since she was seventeen?