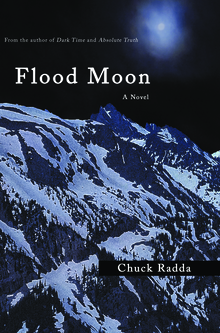 When Horace Greeley advised Americans to “Go West!” a century and a half ago, it’s doubtful he envisioned the 21st century Calvin Hopper. Greeley’s advice was full of promise and optimism; Hopper, fifty years old and adrift, having lived and breathed the East Coast all his life, wants only a place to escape.

Unable to shed the remnants of a twice-failed relationship, he envisions the West as a place to reboot, even disappear; and Sage, Montana, becomes the ideal way-station on a journey whose destination Hopper hasn’t really considered.

But despite its sleepy appearance and smattering of old-west kitsch, Sage hides a multitude of secrets, many of which extend well beyond its borders and involve other residents who, like Hopper, have sought solitude, escape, or both. One of them, Amy O’Leary, has endured personal tragedies that far exceed Hopper’s. But even as he and Amy grow closer, there remains a wall Cal cannot breach. It is only when they both face grave danger that we learn the secrets she has struggled to conceal.