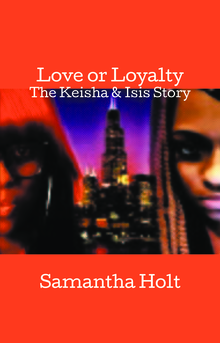 Keisha and Isis grew up on the South side of Chicago. They both lived different lifestyles. Keisha is a nineteen year old who did anything she can to get money while falling in love with a big time drug dealer whoever thought he would bring so much drama into her life causing everybody around her to be disloyal.

Isis is a seventeen year old who didn't know much about the streets. She didn't have anybody in her corner and was force to figure out life on her own turning to one of the corner boys in her time of need she didn't know if he would be there for her or destroy her.

Keisha and Isis was dealt the same cards when fighting for the men they love was the only option who will come out on top when the tables turn.