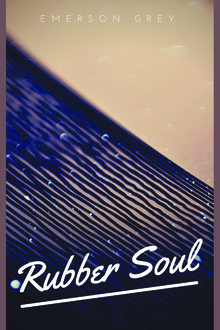 Cooper Gilligan is an average teenage boy growing up in the 1960s; he’s awkward, rebellious, a die-hard Beatles fan. Or at least he was.
Until he died.
Fifty years later, spectating the evolution of the 21st century, Cooper has come to one, simple conclusion; in the eyes of a ghost, death sucks.
But to Eleanora Howards, anything would be better than the life she is currently leading. With her father 3,000 miles away and her mother slipping away, Eleanora has run out of reasons to continue on.
But when Eleanora and Cooper meet under dour circumstances, they become unlikely friends and realize that they need one another, and the help of a band of '60s rock-stars, to find their own happiness; breaking away from the life, or death, that has been holding them back.