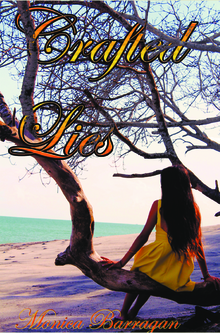 Skye Evans has always had everything she ever asked for in life, including men. Now that she moved to Florence, she has two hot and powerful Italians wrapped tightly around her finger. She has managed to keep them away from each other, but the secret won't hold any much longer. A fight is about to take shape and at the end only one will prevail. Who will claim her as his and most importantly, could she let go of either of them?
To make it harder, her ex boyfriend just resurfaced after four years to torment her like he did before, an ulterior motive behind his actions without a doubt. For the first time in years, Skye has gotten herself into a fight that she isn't sure she can win. The only thing she knows for sure is that hearts will be broken, secrets will be exposed and a whole lot of blood will be spilled before her problems are over.