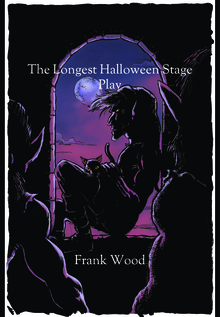 In the stage play version of book one of the Longest Halloween series, we meet teenage hero Joel Aubrey Franklin who finds himself having to face down the wicked Halloween goblin Googamond in a night’s long quest to break the goblin’s spell on his younger brother and to prevent the goblin from making this Halloween the longest ever!
Find out how Joel, his girlfriend Polly and a culinary-loving witch work together to defeat Googamond in the story that’s been described as a “classic modern day fairy tale that is wholly deserving of a place among the rising canon of Halloween themed literature.”
With more action, more spectacular characters and even an original and a not so original song or two, the story that has been called "strangely satisfying" becomes the basis for an hour or two of live, colorful entertainment.
This is an ideal production for your local middle and high school or family community theater especially around the Halloween season.