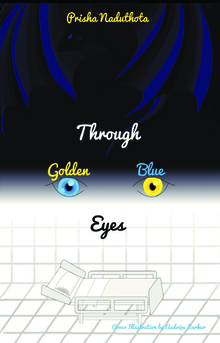 Imagine what it would be like to live in a world where magic is hated. A world where, on your twelfth birthday, you have the chance of being identified as a Magical.
Aura Josephine - AJ, don't you dare call her anything else - is a fourteen year old, struggling to get her and her twelve year old brother out of their life and into a better one.
But of course, her brother had to have magic. With her luck, what else would happen.

Aleks, on the other hand, really doesn't know what to think. For the first time in his entire life, he isn't with his sister. Instead, he's thrown into what feels like an alternate universe, where people flaunt their magic as though they aren't being hunted down.
And really, Aleks just wants to go home.