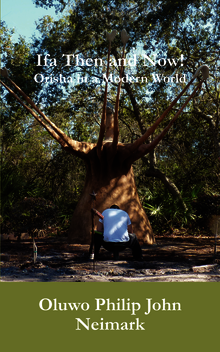 Ifa Then and Now!: Orisha in a Modern World

Oluwo Philip Neimark, author of The Way of The Orisa, The Sacred Ifa Oracle and the Energy Matrix of Ifa, has chosen a path less traveled. Initiated into Santeria/Lukumi and subsequently finding the "root" religion of Ifa into which he was also initiated, he has constantly pushed the bubble to keep Ifa/Orisha relevant.Stripping away the Western incursions on this Eastern philosophy, he has forced initiates to examine their world view not as something fixed and immobile, but as something that takes its ancient truths and weaves them into the social, political,environmental situations of today's world. The result is a dynamic LIVING philosophy whose Truths have absolute relevance and whose applications have no end.