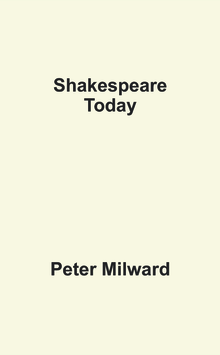 Such is the universality of Shakespeare's genius, that he may be considered (as Ben Jonson said of him) not only in his own time, as he related to his own contemporaries, but also in relation to all succeeding ages - not only as he came to be variously appreciated from age to age, but also as he came to influence one age after another, in the fields both of the humanities and the sciences, becoming as it were "all things to all men". In this way it may be said of him, what Cassius says of Caesar, "Why, man, he doth bestride the narrow world like a colossus", not only in a geographical but also in a historical sense. The more closely we read his plays, the more we find him a contemporary not only of his own Elizabethan Englishmen but also of the modern world.