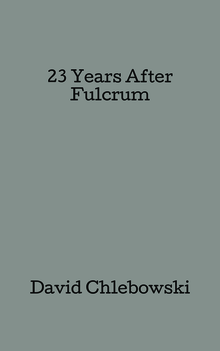 David's life continues onward although it has been 23 years since he did create the group called Fulcrum under the guise of a quantum society. David tells his life from February 2, 2021, to September 7, 2021. He talks about his life about 23 years after he started commanding a chapter. He does not mention much about his former members and allies of the chapter. He chooses to tell his story in the present as he wonders about what has happened 23 years after he formed the chapter. He ends the story by saying that his life goes on.