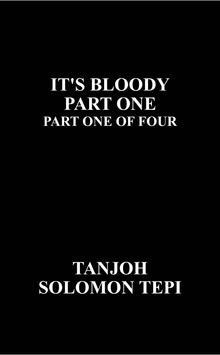 IT'S BLOODY PART ONE: PART ONE OF FOUR

Mary , a woman with severe striking appearance knows how to water down the request of most heavily rich folks .A very poor guy called Francis being one of them.
He is a struggling man with serious ambitions .But then when he at last radiated his severe passion toward her , she became crazy .
Though with many hook -ups on their path of commerce they began to emerge from scraps .Doh their only wedlock offspring is very intelligent.
Being deep and rooted christains they impulsively encountered an ugly powerful wind of change in Doh' s life.
Will Francis and wife be able to put Doh back on the right path?