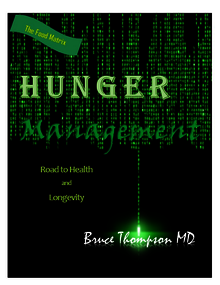 At the onset of the 21st century, a growing number of organizations were promoting options for healthy weight control based on various strategies and ideologies, but nothing seemed to be working. Worldwide, weight problems are becoming increasingly prevalent, now at epidemic proportions, and its implications for health problems is almost common knowledge. However, something appears to be standing between thousands who face the challenges of body weight and the path to a healthier future. It is something so powerful that, even when the choice is clear, a substantial number of individuals are unable to take effective action. What is it that stands in the way? Why are dietary guidelines and weight control programs so difficult to follow? Why are so many unable to reduce and maintain healthy body weights?
Our efforts, while noble and filled with good intention, have simply been misguided. To help steer us back on course, this book explores the idea that the power of weight control is lying dormant within each of us. The conflict we are facing is a struggle between two forces, one acting with cunning and brute ferocity, the other with reason and logic. Yet, neither can ever survive without the other. So, what are these mutually opposing forces to which I refer? I am speaking of human hunger and our willpower to resist its primal nature. The latter is our greatest tool in equalizing the wild attacks of hunger, but it can only be strengthened with proper knowledge and understanding. Too often, these implements are lacking when it comes to confronting its primal nature. And, in this fight, it is crucial that we first appreciate our opponent before we can learn to control it. This book aims to help you discover your innate powers to domesticate this ancient beast, human hunger, and turn it into your well-trained pet.