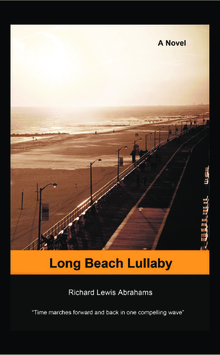 WHAT WOULD YOU DO IF YOU RECEIVED A POSTCARD SENT BY THREE PEOPLE YOU MET IN 1972, AND THEIR MESSAGE WAS AS BAFFLING AS THE 1931 POSTMARK?

That’s the challenge which sets Sam and his friend into action 36 years after their backpacking trip through Europe during the summer of 1972. Sam had always speculated that the unusual number of coincidences they encountered were part of a series of synchronic events connecting to a dead woman his grandfather found on a Long Island beach in 1931.

At the time of her death, the police didn't know if the wealthy 24-year-old had committed suicide or been murdered. But what they did discover grabbed people’s attention: a diary filled with scintillating details about an incestuous relationship with a former Boston mayor that began when she was only 11.

However, not every story is what it seems. Soon after unraveling the cryptic message on the postcard, Sam and his friend find themselves racing back in time toward a destiny they could never have imagined.

Richard Lewis Abrahams is a former journalist who moved on to a career in marketing and public relations. He received a MS degree in Journalism from Boston University, and a BS degree in Communications from Ohio University. Long Beach Lullaby is his first novel.