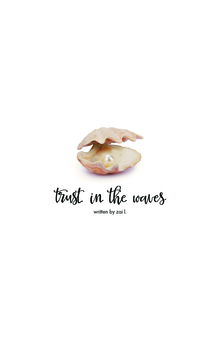 Trust in the Waves

Secrets have been kept for years since the Human Eviction occurred in Cariceana, the hidden world of the Mer. But as it starts to get harder and harder to live, an old tradition that the daughters of Mer royalty must rise up and reach the Human shore for one day and one night suddenly springs up without any warning.
Loren, a 16-year old feisty rebel is forced to take on the Upper World against her own will. But as her head rises the surface that night, an unexpected storm knocks her out and she is stranded on the Human shore.
There she meets Cole, a prince just stuck up as she is stubborn. They seem to be first-born enemies, but as Loren is forced to spend more and more time on the shore than she could have ever imagined, she realises that what she has with Cole more than anyone could ever give her.
But there is a war approaching on the horizon of the Human World, and with more than her life at stake, an unexpected threat could destroy everything she once knew. Including her heart.