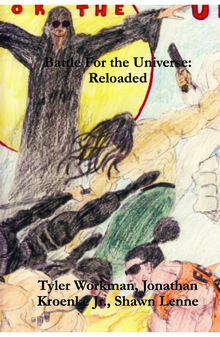 Battle For the Universe: Reloaded

The complete adventure of Battle For the Universe is complete and only on fastpencil.com. Join in on an adventure between humans and animals as they try to stop all galactic threats both in the past and the future. Join characters such as Shawn Lenne, Duck Stronoff, Colonel T.J., Jon and many others as they save the world in this six part book complete with lots of dialogue, entertaining story and lots of subtle humor.