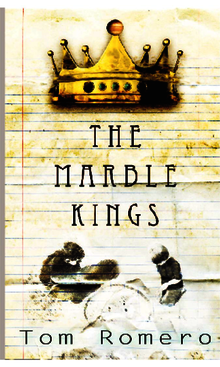 Spidies, bombsies, clearies and boulders.
Cats eyes, steelies and purees.
Half pints and aggies and the prized
Jupiter marble.

When a new kid Walter moves into the
neighborhood, marble fever grips the school
It starts on the streets of San Diego in 1968
and ends on the playground when two kids are dubbed...