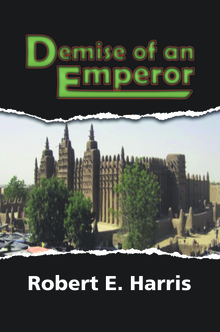 The Demise Of An Emperor Before The Atlantic Slave Trade

During the 13th century West Africa was under subjugation between the clans. Ruthless kings from the Ghana and Songhai Empires ruled by invading the states and the surrounding countries, such as Mali. The Mandinka or Mandingo clans was conquered and ran out of Mali. Coming out of exile was a courageous and tenacious warrior who was determined to overthrow these notorious cruel leaders. He built his own army and perfected them in the art of war. Along with his army, they overthrew the cruel, ruthless leaders of the Ghana Empire. Sundiata Keita started the Keita ruled of Emperors and the first Federation was set in order. Kankan Keita became the tenth Emperor of Mali, and by his strong military he ruled twelve regions and twenty-four states in West Africa. He enhance the kingdom, improved the Federation and rebuilt a country. But where there is glory, doomed is not far. He had conquest with invasion after invasion, but one adversary he was unable to conquer. Kankan avaricious brother envied him their entire life, and obsessed the throne until the destruction of Kankan Keita.

Robert E. Harris is a compassionate writer, who loves to inspire and teach hope in stories that reveal the greatness in everyone, big or small. He writes briskly through thorough information that sparks the imagination in an entertaining way. Robert writes with rich detail intriguing in anecdotal information. He has ventured in various genres such as women fiction, children books, and commercial fiction.