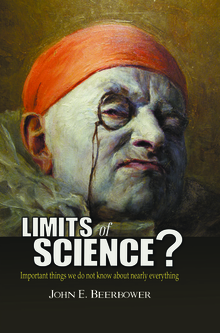 A deeply skeptical and incisively analytical examination of exceptional breadth, exploring the wide range of what we call the sciences.

With that background, the book looks at major issues in biology (as reflected in neo-Darwinian theory), physics (including Special and General Relativity), particle physics, quantum mechanics, cosmology and, finally, neuroscience, spanning the classical sciences through the newer areas of scientific investigation. The author offers critical commentary on the writings for the general public of many of the leading scientists of the 20th and 21st centuries.

This book offers provocative thoughts about the possible limits of scientific knowledge, the relationship between science and religion and the role of conscious intelligence in the nature of reality. It raises important questions about issues ranging from intelligent design to fraud in scientific research. (REVISED AND UPDATED.)