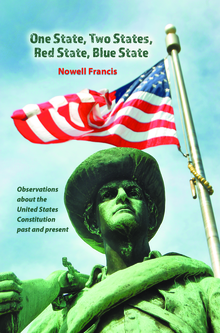 This book addresses the large issues of the Constitution past and present—such as war, finances, personal liberty, and corporate influence—as seen through the experiences of local, everyday people. You will meet “Adam“ and “Louise,” the struggling Cumberland Farms convenience store clerks whose lives stand in stark contrast to the world of Aaron Greenwood, a surveyor just before the Civil War. Local personalities include astute Phil Howard, an attorney who would regularly set his desk on fire; savvy, local selectman “Jeff” with his political antics; and the wise but pugnacious judge, Thomas Carroll. You will also learn about the first Federal government prisoner of conscience, Herman Husband, and why the decisions by George Washington and Alexander Hamilton to crush the Whiskey rebels of western Pennsylvania and to enlarge the Necessary and Proper Clause of the Constitution were seminal events that still shape debates today about the reach and scope of the Executive Branch and the Federal government. Francis spotlights constitutional issues of apportionment, the role of corporations, neutrality, and the intertwining roles of protective tariffs and taxation—all issues once hotly debated by the Patriots and Framers of the Constitution—and he explains why they should once again be the focus of a renewed national dialogue.