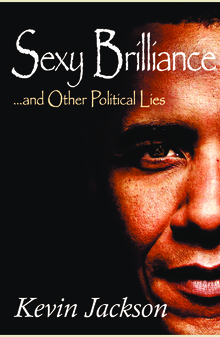 SEXY BRILLIANCE: …and other political lies!

Kevin Jackson is a fast rising star among politic pundits. A former management consultant, Jackson is now a nationally known speaker, radio show host, and he has been called, "the valedictorian of the latest class of political pundits."

Jackson's latest offering, Sexy Brilliance brings levity to the political discourse in this country. Jackson puts his comedic spin on what's happening in America, and showcases the ironies and hypocrisies of politics in America.

Like his first book The BIG Black Lie, Jackson has created another satirical, political page-turner.