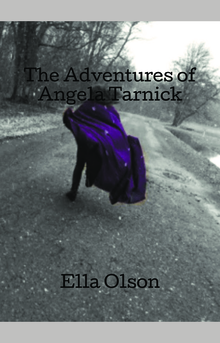 The Adventures of Angela Tarnick

After being framed for burning down the office in the middle of the campus, Angela's first reaction was flight. But when she is recruited to save Mantania from the dark force trying to overthrow it, she finds herself heading back to the place she had just left. But when she gets back, getting information about the evil plot proves harder than she thought. Time is running out, and Angela is just starting to unravel the truth. She has to succeed. She must. But will she? Enter the Elements. The magical forces that keep Mantania in balance are now in on the game. As the risk grows higher and the task gets harder, Angela’s strength is put to the test.