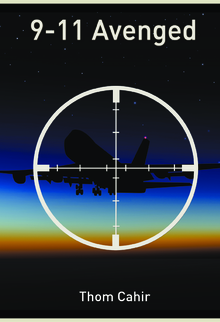 Americans are fed up since 9-11 and want to strike back, especially after recent attacks in the U.S. and abroad.

Even though Osama bin-Laden is dead and his organization scattered, there is plenty of money and no shortage of young men wanting to become martyrs in the Middle East. The remaining leadership of al-Qaeda knows this and is planning to spend that capital at an upcoming meeting.

The Israeli secret service, Mossad, has penetrated most Islamic terror groups and the only man they've ever been able to insert into al-Qaeda has been activated by his terrorist controllers to identify and secure a location for the upcoming meeting in Saudi Arabia.

American intelligence has been trying to infiltrate the Mossad for years with no success. However, with cooperation between the CIA station chief and the military attaché, they have finally placed a complete amateur within earshot of the secret service agency's decision-making table. The only problem is, the military attaché also serves another master.

Col. Martin Jeffers (US Army ret.) resigned his commission in disgust after 30 years in the Army and two wars in Iraq. Before leaving though, he joined and eventually took over a militia movement with the intent of redefining its mission from white supremacy to national defense. After 9-11 he formulated multiple plans to strike back at the enemies of America but never had the intelligence to act. Now, with his operatives in place reporting an upcoming al-Qaeda meeting, he has what he needs to show the world that terror can come in many forms.

The locations are spread out and characters many in "9-11 Avenged" as manhunts for al-Qaeda terrorists take place on four continents and the FBI learns of a plot by an American group to strike at foreign targets. By the climax it may be difficult to decide who are the good guys and who are the bad.