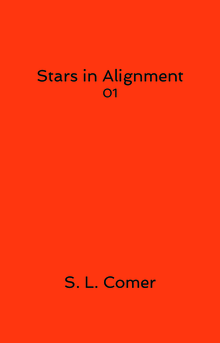 Aries lives in the ideal celestial world with her fellow horoscopes and other constellations and stars. Aries is struggling to deal with small details of her life, like why is her twin sister Pisces prettier than her, and why can't she just fawn over Cancer like everyone else. She makes a conscious effort to act normal, but Leo's red hair and green eyes soon win her over. Mysterious Deneb is beginning to show up on her radar, and she discovers a childhood crush that has not faded. But if Deneb gets in the way of her and Leo, it's going down. Soon after receiving her keeper, who just so happened to be Lucian Black, the one person she didn't want, she goes on a mission that leads her straight to a dangerous ninja, Levi Hudson. An equally dangerous ninja, Chase Douglas soon joins the story. It soon becomes fairly obvious that Chase is hiding something, and it could be a matter of life or death. Aries is bound and determined to be the one to figure out what Chase is hiding, but that may prove to be easier said than done.