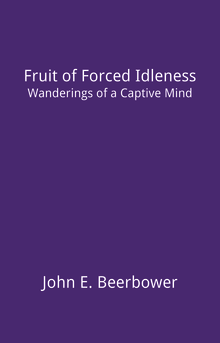 Fruit of Forced Idleness: Wanderings of a Captive Mind

Diagnosed with ALS in March 2015 and confined to a wheelchair by late 2016, the author occupied himself with meditation, reading and watching opera videos. But, an active mind in an increasingly restricted body needed some affirmative participation in the world, something less passive. These essays are the result.

Ranging from intensely personal to dryly academic (from dying to taxation), these essays reflect the matters that caught his mind's attention and as to which he discovered that he had strong opinions. They are individually independent and can stand alone, but there is some substantive overlap. Of course, the world view expressed in each is the same.