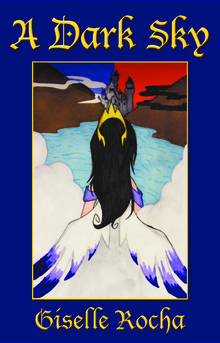 A legend—once thought of as nothing but an old fairy tale—is about to come true. On the 500th anniversary of King Taizkehwa’s fall, the tyrant shall break out of his stony prison to take back his kingdom, and his queen, once and for all. Desperate to escape the clutches of her former husband, Queen Genevieve seeks out the kingdom’s only hope: six young people who hold the power of the purest magic in their hands. Kristen, the first one of the six to be found, suddenly finds herself thrown into a fantastical dream and nightmare of war, magic, pegasi, dragons, betrayals, secrets, and newfound love.