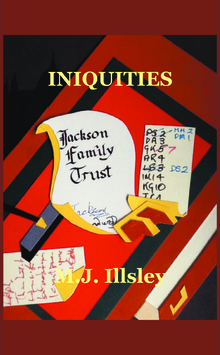 Fred Jackson, a wealthy industrialist, dies suddenly in a Swiss clinic and within eighteen months both his sons die in suspicious cicumstances. Detectives Jim Hendon and Nick Mathews uncover the secrets of a dysfunctional family, organised crime bosses and a bitter city takeover battle, before solving the double murder.

The author had a career in business, culminating in over twenty years as a Managing Director. He began writing after he retired. This is his first thriller and more are planned featuring the same detective duo. He is now 69 and lives with his wife and two dogs in a small village in the heart of the English countryside. He also spends much of his time in the USA with his wife's family and friends.

The author has also written a short book outlining his approach to business management called 'Strictly Growth Business'. This is also published by Fastpencil.