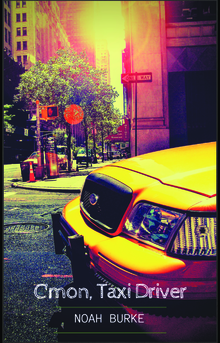 World War Two was lost, by humankind. Nazi Germany won the war among countries due to their last battalion. This battalion consisted solely of vampires and the world's armies were incapable of resisting this ungodly force. Upon winning that war however, the vampires severed allegiance with Nazi Germany and began upon their own agenda. The purge of mankind from the earth and the instillation of vampires and other such monsters as only inhabitants. Seizing the opportunity, werewolves joined, as did zombies and ghouls. The eternal enemies merged to form the vilest force the world has ever seen. Being woefully unprepared, humankind lost and all were either transformed or killed by the hordes. And now the world is inhabited by all the vile creatures once thought to exist in "the underworld". They live our lives, perform our jobs, and rule the world, immortal beasts. Enter Cabbage, a Taxi Driver, just trying to make it. That is, until one of his only friends disappears without a trace.