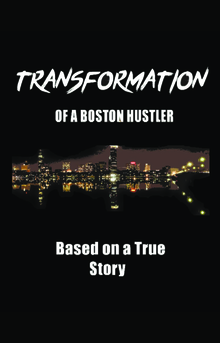 Transformation of a Boston Hustler: Based on a true story

Terrance Woolfork started selling drugs in Boston at the age of 12. He used the drug money to build an empire, starting with sneakers, then moving into fast cars and faster women... hundreds of them, resulting in several toxic relationships and the birth of his three beautiful children. Along the way, he tried to help young people in his community who needed a mentor and a path to a better life. In ten short years he lost it all and was incarcerated. Luck, lawyers and the love of God helped keep him from a life in the penitentiary, experienced by so many of his African-American brothers. A new Terrance emerged when a judge granted him custody of his two sons. Today Tee finds peace of mind while swimming or relaxing on some Caribbean island.