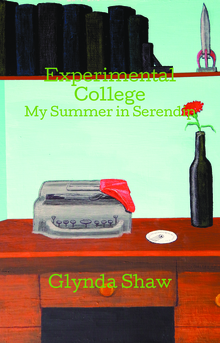 Experimental College: My Summer in Serendip

Dave Price is twenty, old enough to know what he wants to do with his remaining college years--he thinks--and still young enough to be faking an ID. In June he thinks he's got things figured out pretty much. By August he'll be practically unrecognizable to his June self. During Summer Quarter, Ellen the nursing student across the hall, his roommate Duncan and a further cast of “Dorm Zanies” challenge Dave's concept of self, gender and sexuality. He'll never be the same after this trip but is pretty much glad he came. From the time a female dorm neighbor questions Dave about his "nice roommate" to the time his mother discovers gum wrappers all over his bedroom floor and girls' underpants in his dresser drawer, you'll live one surprise after another with Dave.

Summer 1974 is at the end of the Hippie Era but long before Reagan. Gay, Bi and Trans politics are in flower but being any of these things can get you fired, expelled, Discharged--or killed. Dave Price, a double major student in engineering and Journalism is about to discover that the most complex equations needing to be solved aren't those involved in Newtonian Mechanics or A. C. Circuits. Whether you're Straight, Bi, Gay and whether or not you give a damn about spacecraft or news reporting, you'll find something to ponder during the Summer of '74 and in The Magical Land of Serendip!!