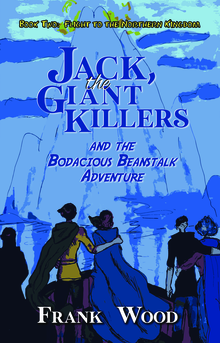 All roads lead to the north in the second book of the Jack and the Giant Killer series. Jack and his young comrades are faced with countless perils as they must transport a feisty talking hen to safety in the mystic northern kingdom of Glacial. To fail would mean victory for the ruthless Thunder Giant Gorgo and his family who are more determined than ever in their relentless march to secure absolute power in Ooom.