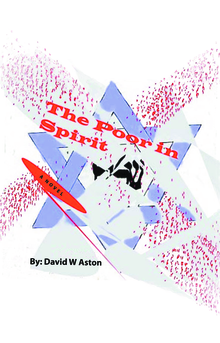 The Poor in Spirit

Raised as a fundamentalist Christian, businessman John Tallman was shaken when he learned that he was really Jewish by birth. Rejected by his wife and his congregation when he refused to disown his heritage, he began a search for the real meaning of faith. As his world seemed to crumble around him, he was confronted by other persons in his life beset by doubt and fear. Torn between his love for his wife and his loyalty to his beloved mother and grandparents, John must choose between the religion he has been taught and the truth as he believes it. Moving, thought provoking and controversial, The Poor in Spirit explores the role of religion in life and relationships. This book will cause you to challenge your every preconceived idea about what it means to be faithful.
David W. Aston is the author of a novel, Long Way Home, and a memoir of his journey of faith entitled To the Promised Land. He lives with his family in suburban Philadelphia. https://sites.google.com/view/welshabba